Posted in News | Comments Off on June IVBA Conference Cancelled

The IVBA has cancelled the June conference in Pontiac, we will look at possible dates later in the year if and when social gathering restrictions are relaxed or lifted.

Posted in News | Comments Off on Charlie Keller Obituary

Charles Marquis Keller, born November 25, 1936, passed away at his home on April 17, 2020 with family at his side. He grew up in Long Beach, California where he enjoyed neighbors and the undeveloped spaces of the area at the time.  His lifelong appreciation for craftsmanship developed during years of projects with his father. He had a warm sense of humor and a gentle, kind disposition that endured throughout his life.

He served on the faculty in the Department of Anthropology at the University of Illinois from 1967 to 1992.  He led archaeological excavations in South Africa and Tanzania, discovering an especially rich site at Montagu Caves which continues to influence the understanding of early human behavioral variability.  He also published scholarly works on African archeology and the dynamic union of mind and hand in the evolution of tool use in pre-modern and modern civilizations. During his academic career, he sought out an iron-working apprenticeship in New Mexico and took up artisan blacksmithing and tool making.  Keller’s first-hand historical knowledge of tools enriched his teaching as well as his life. “I want my students to understand the complexity of historical crafts. These techniques require as much head as hand.” By combining practical experience with analysis and teaching, Charlie gained and could convey to his students a deep and subtle appreciation of early technology and preindustrial craftsmanship.  Outside of academia and blacksmithing, he was an avid cyclist, first riding the hills of Berkeley and San Francisco and later completing century runs across the Illinois prairie.

Following his tenure at the University, Charlie worked at what is now the Museum of the Grand Prairie in Mahomet as a collection’s manager. In this capacity he curated an exhibit still in place that focuses on the Cheesebro blacksmithing shop from about 1910 in Sangamon, Illinois. He was a member of the Midwest Open Air Museums Organization and served in various roles on their Coordinating Council, including at one point, President.

Charlie retired from the University early to concentrate on the craft of iron work in an historic blacksmith shop built in 1869 in Newman, Illinois, which he later placed on the National Register of Historic Places as the Streibich Blacksmith Shop. Charlie created a business, Forge & Anvil, through which he produced historic artifacts for museums and living history sites over three decades. He was the subject of numerous newspaper and magazine articles, including This Old House in 1998. Several PBS documentaries chronicled his craftsmanship in iron, and Charlie himself authored numerous articles on his craft.

His love of working with his hands extended to gunsmithing, especially black powder and its accoutrements. He loved participating in period reenactments and historic festivals. He also built, with the help of other craftsman, a beautiful cabin in the woods in rural Illinois to which he would go to restore his balance and energy.

He was preceded in death by his father Marquis Victor Keller, mother Ester Ruthe Russell, and his daughter Jennifer Anne and will be missed by his wife, Janet, sons Mark (Amber) and John (Monica), son-in-law Dan Wyman (Marcela) and their children Leila Ruthe, Delanie Marie, Lachlan Charles, Yelena Marquis, and Adrianna Seeger.

Posted in News | Comments Off on Obituary for Larry Pitman

Laurence “Larry” Benjamin Pitman, 73, of Carlinville, IL died Tuesday, April 15, 2020 at his home surrounded by his family. He was born June 30, 1946 in Carlinville to Benjamin H. and Rosetta (Bohlmeyer) Pitman. Larry married Frances Rayline Klaus on July 29, 1967 at the Zion Lutheran Church in Carlinville.

Larry was a graduate of Southwesten High School and worked at Fred Smith John Deere, Boente Shell, Woods Paulsen, Lapps, and retired from Prairie Farms. He was a Captain with the Carlinville Fire Protection District, serving for 47 years. His memberships included the Macoupin County Blacksmith’s Association, TriCounty Tractor Club, and the Centerville Baptist Church.

Funeral Honors will be performed graveside on Monday, April 20, 2020 at 11am at Shipman City Cemetery, by members of the Carlinville Fire Protection District. Officiated by Pastor Ray Robinson and commanded by Chief Jess McKee and pallbearers, Dale Lowrance, Mark Kanllakan, Blake Hyman, Don Koster, and BJ Vinyard. Anyone wishing to pay respects to Larry is encouraged to line the procession route extending from Heinz Funeral Home to the West Main / Shipman Blacktop intersection beginning at 10:15 am.

Memorials may be made to the Macoupin County Blacksmith’s Association or the Members of the Carlinville Fire Protection District Association.

Posted in News | Comments Off on Jim Badgley Obituary

He was born Oct. 20, 1949 in Peoria to Robert and Etha (Boatwright) Badgley. He was preceded in death by his father, one brother, Monty Ray Badgley, and one daughter, Stacy Null.

Survivors include his mother of Bellevue, one son, Samuel Lee Badgley of Bellevue, one daughter, Sandy (Bob) Nolan of Cedar Rapids, S.D., three grandchildren: Alex Null, C.J. Null and Elizabeth Null. He is also survived by one brother, Harold (Deb) Badgely of Virginia and one sister, Mary (Walter) Eads of Minnesota.

Jim worked at Caterpillar, Inc. for 45 years retiring in 2009. He was also a Blacksmith and was a member of the I.V.B.A. (Illinois Valley Blacksmith Association). He enjoyed camping, fishing, spending time outside, and watching trains.

Cremation rites have been accorded and there will be no public services. Davison-Fulton Bartonville Chapel is in charge of arrangements.

Memorials may be made to the I.V.B.A. 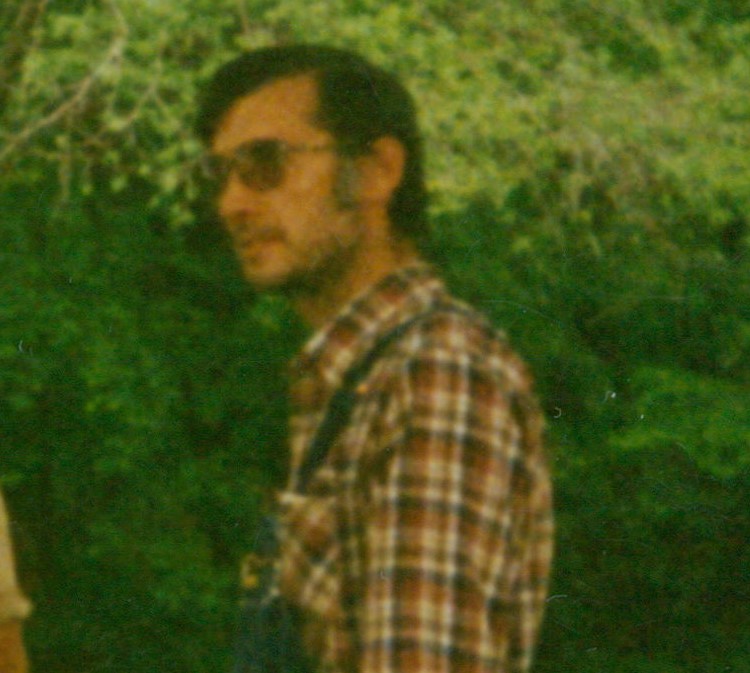 Posted in News | Comments Off on IVBA Annual Meeting Postponed

Due to the concern of spreading the corona virus, the IVBA annual meeting is being postponed to a later date to be determined.  Thank you and stay well.

The Fox Valley Park District in Aurora, IL is looking for a blacksmith to fill a seasonal position at their Blackberry Farm in Aurora, IL.  The job listing is as follows:

Qualifications: High School diploma, general education degree (GED) or higher. Extensive experience working with Blacksmithing tools and material as well as creating, building, or fixing relevant items. Must be personable with strong customer service skills. Position requires weekend and holiday work. Must be able to work independently and as part of a team.

Duties: Under the direction and supervision of the Recreation Supervisor or Curator, the Blacksmith performs and interprets their assigned craft, trade or life style activity of the 19th and early 20th centuries to others at Blackberry Farm Pioneer Village. May be asked to develop and lead Blacksmithing programs. Assist with school, camp, and other special programs as needed. Create original pieces to be sold in Blackberry Farm Gift Shop. This is an at-will position.

If you are interested, please submit an application online at https://www.foxvalleyparkdistrict.org/about-us/employment/.

Posted in News | Comments Off on Francis (Babe) Brandon Obituary

As I am sure some if not all of you are aware that my mother Frances (Babe) Brandon passed away quietly in her sleep June 8, 2019. Her wish, told to me countless times, was to notify UMBA, IVBA and NWBA of her passing and offering to any that contributed to either her library or museum to notify me if you desire your contribution back. You may send all requests to me in manner.

Posted in News | Comments Off on New Websmith in Town

My name is Chris Vranek and earlier this year I was asked if I wanted to take over the day-to-day operations for the IVBA website.  I decided to give it a shot, so I’ve been handed the keys to this buggy and I will attempt to keep this site a great place to meet and come together as smiths, colleagues, and friends.

To that end, I’ll also be working on our Facebook page.  Please come visit and share your latest smithing projects, ideas, photos, and local events so we can all enjoy them together!

See you around, and keep smithing!